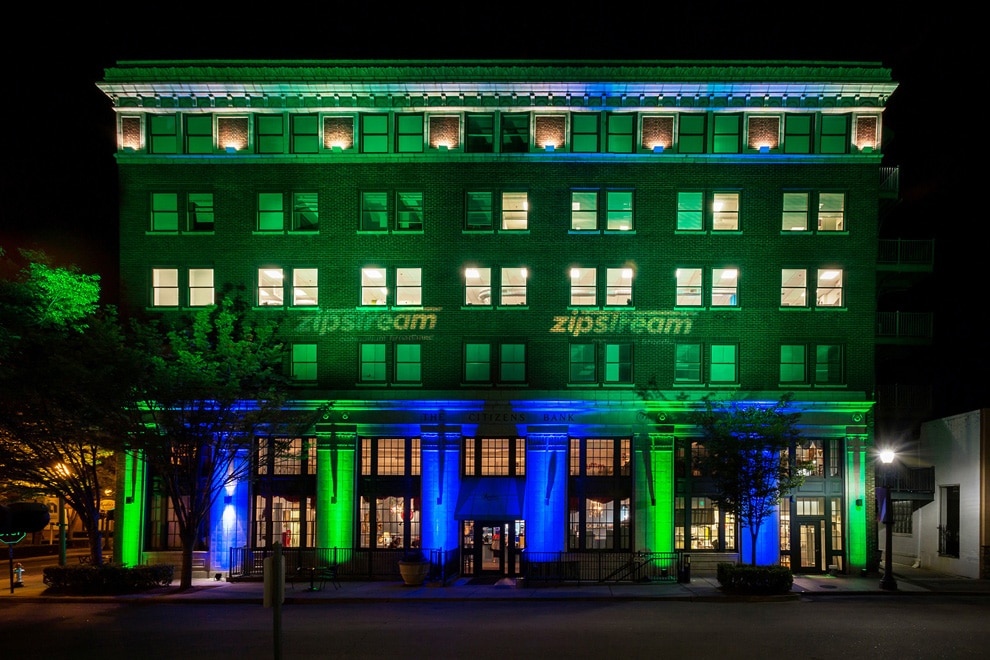 ROCK HILL, S.C. – ( June 18, 2015 ) – Comporium announced today that its most recent phase of deploying Zipstream, its gigabit broadband service, is complete. Zipstream is now available to residents of 75 fiber-to-the-home neighborhoods in Fort Mill and the panhandle area of Lancaster County, South Carolina, with numerous customer orders rolling in.

“We are extremely pleased about the response to our Zipstream offering,” said Comporium’s Matthew Dosch, executive vice president of customer operations. “We brought our first residential neighborhood online last December in Fort Mill. Since then, we have been target marketing to each neighborhood as we upgrade our network, and we have already signed up hundreds of customers in those areas. To see the high demand for ultra-fast Internet from our residential customers is very exciting.”

“We’ve recently deployed Zipstream in nearly two dozen fiber-to-the-home neighborhoods in Rock Hill,” said Dosch. “We’ll continue to upgrade our network in York County and begin offering Zipstream this summer to more neighborhoods in Lancaster County, including Sun City Carolina Lakes, and in our service area in the Midlands area. By the end of this year, Zipstream will be available to more than 20,000 homes.”

Comporium, which is a privately owned and headquartered in Rock Hill, is among the first communications companies to offer gigabit speed Internet service in the nation.
“We’ve had a long tradition of rolling out new technology early,” Dosch said. “We are the first in South Carolina to deliver gigabit broadband service widely, and we feel it will be an advantage to the state and our communities to stimulate economic development. Our research has shown that where gigabit broadband connectivity is offered, it attracts businesses and encourages entrepreneurial projects, which in turn translates into jobs.”
Dosch added that Comporium is focused on collaborating with other businesses, local government and the educational institutions on Rock Hill’s Knowledge Park economic development strategy, which is a major redevelopment area through the mid-section of the city’s downtown and “textile corridor.”
“We’re absolutely convinced that Knowledge Park will draw a mix of high-tech and so-called ‘knowledge economy’ businesses to downtown Rock Hill and the textile corridor,” added Dosch. “We have invested in the infrastructure to deliver Zipstream and other sophisticated broadband services that will meet their communications needs and better position them to be successful.”